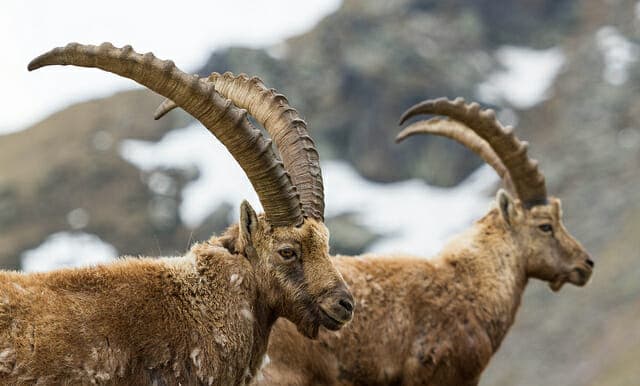 Italy’s oldest national park Gran Paradiso is a perfect getaway from the hassle and bustle of the big cities to visit on Italy private tours. The park used to be the hunting grounds of the royal House of Savoy, who gifted 5000 acres to the nation in 1920. Today the park’s territory covers 173,000 acres with stunning mountain peaks, dense forests, glacial lakes and alpine meadows.

There are 450 miles of marked trails and tracks for nature lovers and hikers of all levels, many restaurants, trattorie, holiday farms, mountain huts, and hotels. Gran Paradiso can be visited on Italy private tours all year around. In spring and summer, you can go hiking and admire colourful meadows in bloom while fall is a good time for foliage walks and listening to deer love songs. In winter, there are numerous itineraries for snow-shoeing and cross-country skiing.

Originally Gran Paradiso was established to protect the ibex, a white mountain goat with impressive horns. Today over 3000 ibex live in the park, and visitors can observe them in some areas. The park also has large populations of chamois and marmots, golden eagles, and other rare birds and animals that are easy enough to spot during hikes, especially at sunrise and sunset. Some wild life enthusiast choose more remote parts of the park, such as Gran Piano where herds of chamois and ibex graze.

You can follow the road where King Victor Emmanuel II travelled on his hunting trips through spruce and larch forests to his understated Orvieille hunting lodge near stunning glaciers and the lake Djouan.

Gran Paradiso is also a delight for history buffs as there are many ancient rock carvings, Roman roads and bridges, old churches and medieval castles dotted around the park. Some paths will bring you to ancient abandoned hamlets with spectacular over the snow-capped peaks.

Foodies will find some delicious traditional food on the park’s territory. Mecoulin bread with raisins, salame di patate, Fontina cheese and excellent wines are produced in mountain villages and towns by local artisans.