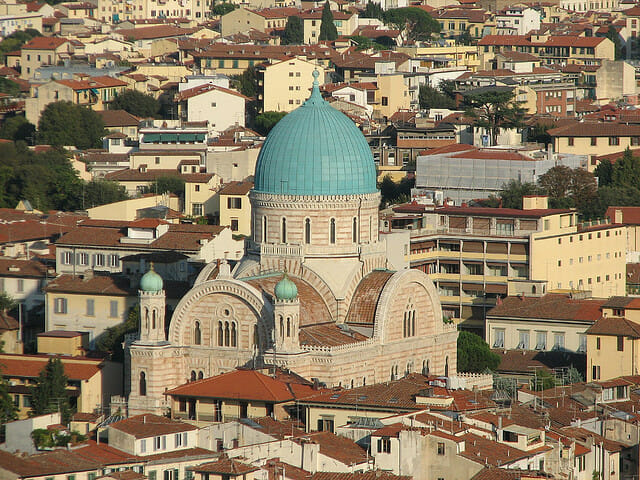 Since Middle Ages many towns in Tuscany have been home to Jewish communities. On personalized tours of Italy, you can visit Livorno, Pitigliano, Sovana, Sorano, Siena, Pisa and Florence to learn about the fascinating past and present of Italian Jews.

For a long time Jews fled the Papal State and moved to smaller independent Tuscan towns where they were not forced to live in ghettos.  Although, the Grand Duke of Tuscany tried to stay in line with the Pope’s orders and tried to segregate Jews, some powerful families, such as the Orsinis, gave refuge Jewish communities. The refugees had more freedom in such towns as Sovana, Sorano and Pitigliano. The latter became home to a flourishing Jewish community from the 15th century known as “Little Jerusalem” (La Piccola Gerusalemme).

Protected by the Orsini family that controlled this part of Tuscany the Jewish played important part in the local community: they were carpenters, weavers, shoemakers, tailors, bookbinders and moneylenders. They built a synagogue and school, and granted a plot of land for a cemetery. However, when the Orsini family lost its power and Pitigliano became part of the Grand Duchy of Tuscany in 1608, the Jews were confined to a small ghetto. Today, despite the fact that the community does not exist anymore, it is possible to visit the ghetto to see the restored synagogue, an ancient bread oven and the cemetery.

Livorno has been home to a large Jewish community since the end of the sixteenth century when a law was passed granting freedom to the Jews who settled there. Florence and Pisa had the largest Jewish populations, which are still fully organized and active. In Florence, there is an impressive synagogue and a Jewish Museum although nothing is left from the ghetto. On personalized tours of Italy discover the small town of Sorano that was home to a strong Jewish community still preserves the old ghetto gateway constructed in the 17th century.