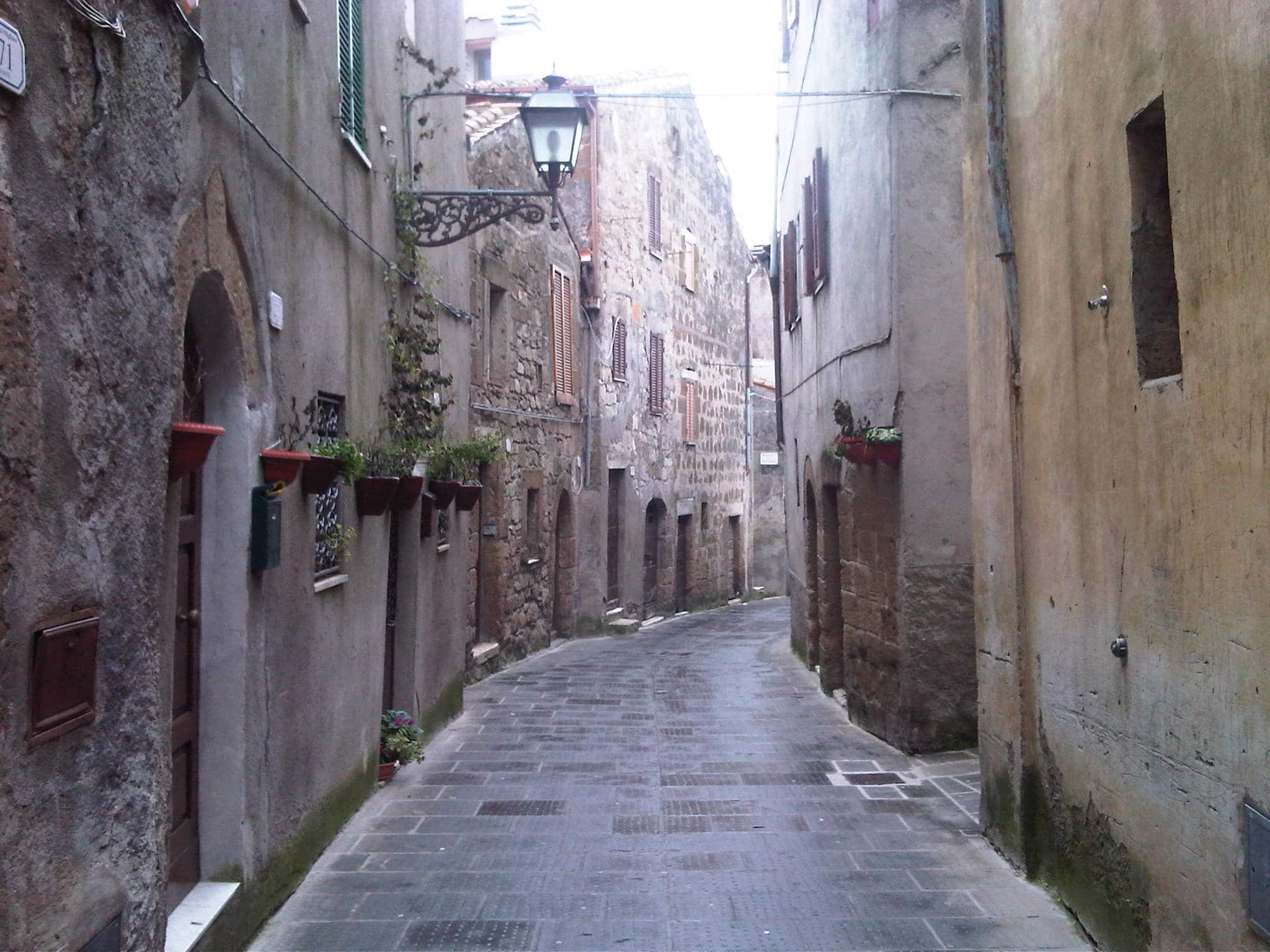 In the southern part of Tuscany, at just one and half hour drive from Rome you will find three of the most beautiful medieval towns of Italy: Pitigliano, Sorano and Sovana,

They all are villages of ancient origins rich in art and culture, built in tuff’s stone carved from the same hills on which they are located.

They are a perfect day excursion from Rome to enjoy a  walk through the narrow streets surrounded by the colors of the tuff and the smell of wood-burning fireplaces and the many artisans shops.  But these ancient cities are also a wonderful place to discover the history of the ancient Jewish community in Tuscany.

The origins of the Jewish community in Southern Tuscany are very old, dating back to the Roman Empire. The community grew during the fourteenth century when many families expelled from the Papal States were well received by the Orsini family in the neighboring Grand Duchy of Tuscany. Many of these Jewish families settled in southern Tuscany in the towns of Pitigliano, Sorano and Sovana. The Orsini family looking to improve the economy of the area, received them favorably to take advantage of their ability as traders. During the 17th century the control of these three cities fell under the very Catholic Medici family, who decided to create small areas 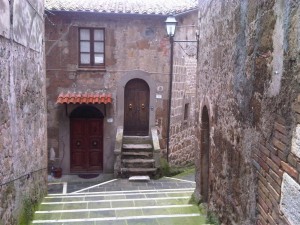 where confine all the Jewish families (ghettos) and forced them to move there. Many families decided to migrate away to the city of Livorno and Pisa, because of their more liberal and tolerant culture, and of their ports that could favor their trade and activities.  Since that time the Jewish community  started to decrease in number and power until they disappear completely, even if the signs of their presence are still strong inside all three towns.

Legend has it that Pitigliano was founded by two young men, Petilio and Celiano, belonging to important Etruscan-romaine families. They both stole the golden crown from the temple of Jupiter Stator in Rome and brought it right on the cliff of Pitigliano where, entranced by the beauty of place, they remained and founded the city.

Today during your walk in the village of Pitigliano there are many interesting sights to visit as the fortress, the Palazzo Orsini, the famous fountain with seven spouts, the Cathedral of Saints Peter and Paul and the Jewish Ghetto which was always well integrated in the historic town. The Jewish community is present in Pitigliano since 1598 when the “Temple”, a synagogue dedicated to

Inside the ghetto one can still visit the Synagogue, the ritual bath, the cellar, the slaughterhouse, the oven for baking unleavened bread, the dry cleaners , the conference room and out of the walls there is also the Jewish cemetery. During the spring and autumn there are many great festivals, making it a good time to visit.  In March is the torch feast of St. Joseph welcoming in the spring. In September there are two fun events: the “paglio degli asini” or donkey race and the festival of wine.

Sorano is a medieval city of Etruscan origin that lies at the feett of the fourteenth-century Rocca Orsini, one of the most impressive facilities of military engineering of its time. The village is characterized by a maze of alleys, courtyards, arches, portals , exterior stairs, balconies and cellars carved in the rock, some of them have been restructured and ​​are now accessible to the visitors.

In  Sorano, the Jewish Community, was particularly flourishing between the sixteenth and nineteenth centuries. The Ghetto seems to have been established by the Medici family in 1619 and today there are still traces in the historical narrow streets.  The presence of the Synagogue, the oven of unleavened bread and other signs of the Ghetto Community are still visible on old buildings. At the ancient entrance of the Ghetto you can still see the signs of the cornerstones of the revolving door that closed the ghetto at dusk and reopened the next morning.

Signs of another Synagogue, dates back to the period preceding the imposition of the Ghetto, are in the building that now guest local event and exhibitions. 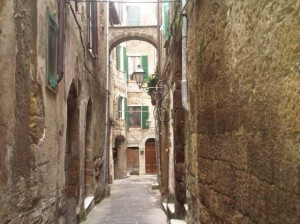 The village of Sovana despite its small size has always been one of the key towns of the area. It was an important Etruscan town, a medieval and Renaissance art center, and the episcopal seat for the Southern Tuscany. It has been included in the list of the most beautiful villages in Italy by the Italian association “Comuni d’Italia”. The story of Sovana has been very eventful over the centuries;: it was the birthplace of Gregory VII, one of the most famous Pope of the middle age. Its historic center was developed near the pre-existing Etruscan necropolis, under the rule of the Pope’s  family the Aldobrandeschi that built here an important castle to protect the region.

In the thirteenth century it was inherited by the Orsini family, during these years many Jewish families from the Papal State moved in Sorana and thanks to their activities and trade the city played a very important role in the economy of the area.

Unfortunately two centuries later Sovana was sacked and destroyed by the city of Siena, and finally in the middle of the sixteenth century passed into the hands of the Medici that incorporate in the Grand Duchy of Tuscany.  With the establishment of the ghettos by Cosimo the First the Jewish families had to move again to the nearby Pitigliano or to Livorno and Pisa. Unfortunately today there are very little trace of their presence and power in the city.

However, the city offers much history and monuments to visit.  The town is very small so we suggest if you are driving to park the car outside of the historical center.  You can enjoy a walking tour through the Rocca Aldobrandesca visiting the cathedral and the Bishops Palace.  You can continue to the 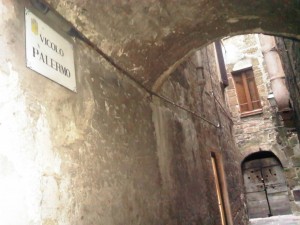 Praetorian palace and the loggia Del Capitano the Palace archives and the Romanesque- gothic church of Santa Maria Maggiore.  Another interesting site is the Church of St. Mamiliano the patron saint of the town where during the restoration work was found a treasure of about 500 uncirculated coins dating from the fifth century.  You can view the coin collection at the museum of San Mamiliano.

Visit the Tuscany Jewish community of Pitigliano, Sorano and Sovana on your Tuscany Tours